The Drowned Toddler:
In viewing the news a couple of days ago, the story of the drowned Syrian refugee boy found washed up on a Turkish beach was broadcasted on BBC. Alone and lying face down in the wash that image has transfixed my emotions mentally and physically…I cannot shake it, nor do I wish to. Only three-years of age, living anywhere else but Syria, this boy’s playful dreams in growing up to be whatever he wanted to be perhaps could have become reality, but in the essence of his life’s story, it will never be.

That lifeless little body lying there on the beach as if he was an angelic doll, it really hurts to envisage his last anguished feelings.

His death is so senseless and the only thought I can take of this little boy is that his death will affect the world enough in grievous focus to take action in bringing conflicts like this that usurped this child’s life along with the countless others to an abrupt end. In so-called modern man’s quest through religious dictates and thirst for power to control, it is merely a reversion back into primitive behavior.

I blame the Syrian Bashar al-Assad regime in this little boy’s death. I wholeheartedly blame ISIL with their inhumane quest for blood in seeking ruthless dominance. I blame the U.N. for allowing this senseless Syrian war to drag on and assuredly I hold American leadership responsible as more concerned about their bickering ways when not getting their way as opposed to standing up and exhibiting true leadership. I most certainly blame the rest of the world in keeping a blind eye to its atrocities in human life.


This child did not have to die. It haunts me. It torments me. Adults, those that are supposed to have mature minds carrying out leveled responsibilities properly are the very ones directly chargeable in this image’s manifestation.

The father, Abdullah Kurdi located and found, tells the story of the toddler’s final plight. He had hired a smuggler with all the money he had to take his wife and two little boys across the Mediterranean Sea onto the shores of Greece. Once the seas became rough the little vessel capsized and the smuggler abandoned the family to cling to the sides. Exhausted, the father could not hold onto the family any longer and they perished.

I can only imagine each and every thought of what this father experienced as he watched his family drift and ebb away into the high sea while listening to their last cries. It is so devastating.

Later after the child’s beached discovery, along with nine other bodies floating in the sea, the boy’s two-year old brother’s and mother’s remains were found.

Just like any parent rich or poor of any nationality only wanting to protect his/her, their child, Abdullah desperately wanted to take his family away from war-torn Syria to Greece for the sake of his children. Instead, he is burying his whole family back in Syria where he now wishes to remain and whatever becomes of him to eventually be buried beside them.

I purposefully will not give the little boy’s name out, because before he was Syrian and Kurdish, before he was Muslim and before he was a boy; he was a human. To succumb in the way he was thrust into represents this humanity of mankind for all its goodness and its badness. We let this child down.

I don’t expect all to feel compassion for this little boy, but I do fully expect all to reason the injustice tossed irrevocably his way.

You may have already seen some of these as they are being published around the world, but cartoonists that usually portray satire or comedy are honoring this little fallen soul in somber contemplation. They are heartfelt and gut wrenching. No longer can we shield ourselves from what is happening. If we have any ounce of humanity left in us we all will step forward and do what’s right. No more little toddlers being beached as lifeless on our shores…

I have compiled a few here in solitude: 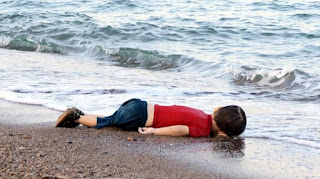 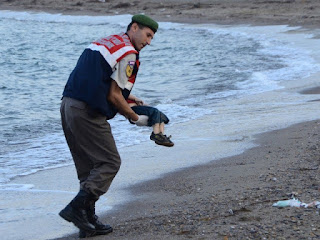 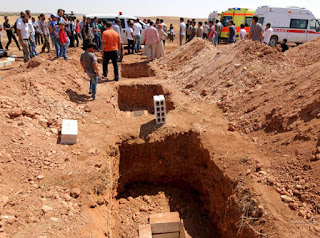 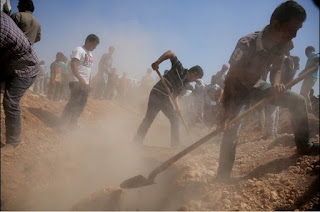 In funereal grief we mourn. In somber tribulation we praise. Rest in peace little one and may all the living rest with and for you… 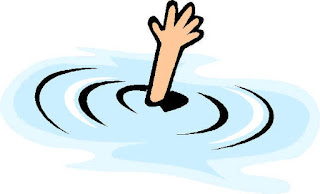