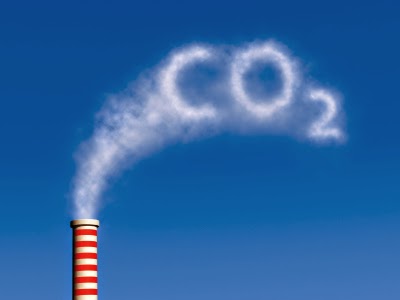 Boy-Howdy is there ever still a lot of distortion, denial and obstinacy out there. You people still denying global warming, or even worse promoting it as a good thing are simply acting as hogs tied to a tree stump…in a tee-total belligerent mode of operandi. Apologies here, but you are living in nothing else but ignorance. I suppose these CO2 promoters are former doubters conceding but still wanting to pretend.

Anyway, they have come up with the ineptitude angle that global warming and more CO2 in our atmosphere and oceans are actually beneficial...have you long left the shores of reasoning?

I implore thee! Give me the science that backs your claims and if you do, show me the radiative forcing capacities, integrated infrared absorbance findings, radiative efficiency ratios, thermohaline circulation & oceanic variability changes and ice core time frame logistics of gas variability. Please attempt on showing me the science of these findings and you'll be disappointed, for no one has conducted relevant tests on your nonsensical arguing and denying side.

You have your beliefs only and that's fine, hang on to them. But don't use opinionated presumptions as fodder to argue against long researched experiential observed facts.

There have been zero years of research of accumulative empirical analytical findings by the doubters as compared to decades conducted and concluded by the climatologists and environmentalists evidencing global warming. The deniers simply sit idly by then attack and pounce, distorting the results and findings of the ones who did all the work, such as those from the IPCC and NASA. Energy companies have paid sad scientists big money just to dispute findings and throw doubt into the wind. No long term empirical work on their part, just deligitimize those who did and confuse those wanting to learn.

To say Arctic ice is actually increasing, when in fact NASA satellite images prove they're decreasing in alarming rates, is pure foolishness. Enough!

Conservatives tend to mock conservationists, because they have nothing else to go on. In days of yester, February 2007, you had Republican Representative Dana Rohrabacher, concerning CO2 and global warming declare, “We don’t know what those other cycles were caused by in the past. Could be dinosaur flatulence, you know, or who knows?”

Today, just this month you had John Boehner, our soon to be Speaker of the House retort to George Stephanopoulos, “George, the idea that carbon dioxide is a carcinogen that is harmful to our environment is almost comical. Every time we exhale, we exhale carbon dioxide. Every cow in the world, you know, when they do what they do, you’ve got more carbon dioxide.”

Now, these are senior GOP leaders that apparently do not live in the real world. First off, animals do not give off carbon dioxide when excreting fecal material, they give off methane, a worse heat trapping gas. Secondly, where Boehner gets the notion that CO2 is touted by science as cancer causing, I don’t know, for his statement on the subject is the first time I have ever heard of that. Besides, CO2 in question today concerns the environment, rather than people as if it were a carcinogenic disease, which indeed it's not.

There is an array of ample scientific evidence that the natural balance of CO2 in the carbon cycle has been disrupted since the age of the Industrial Revolution. Human activities, such as fossil fuel burning, and deforestation since the beginning of the industrial period has witnessed an accelerated increase of atmospheric CO2 content of 38% in concentrations. We do not own this world…we inherited it.

These so-called men of leadership have no factual data, so either make things up, or are just too stubborn, or are just outright dumb in their attempts to muddy the waters of sound science findings simply to promote their backward agendas. This is not comical, this is worrisome to have men and women of high authority dispute science findings that they know nothing about as revealed in their arguments.

These Republicans also try to sway the argument in pointing out how much cold and snow an area is receiving to confuse the issue. Global warming refers exactly to that...the globe, not isolated pockets of terrain and topography. One needs to look at Earth as a whole and see inland mountain ranges and both arctic poles’ accelerated glacial calving and disappearances and witness the world's rise in ocean levels. But indeed, global warming will change weather patterns making some areas colder, as for example its effects on the Gulf Stream current that presently warms northern Europe, the influx of fresh water from melted glaciers and polar ice is slowly cooling the current.

A scientist proper would never tell anyone science is the sole truth. It is not, for a scientific conclusion, as any other manmade entity such as religion, is not absolute, but a relative instrument. That same scientist though, will tell you science is flexible enough (unlike traditional entities) that when claims are unwarranted or proven wrong, it will change to accommodate. Science is not truth; it seeks to justify validity and reveal logical conclusions of facts through reasoned outcomes. Science though, is the best tool yet for finding then understanding universal truths. Political dogma is not.

So ya think more CO2 is good for ol' Mother Earth and its inhabitants? Are ya nuts in yore gonads...?

The hottest planet in the solar system is not Mercury, as one logically would speculate since it's closest to the sun; no, it's Earth's twin sister Venus. Why? It's partly due to its tilt of inclination to the sun, but mostly due to its large atmospheric make-up of CO2 … that ol' heat trapping global warming gas. Where in atmospheric molecules per m², Earth's CO2 content at present is .003 m². Venus though, is at a whopping 64 m² making the average temperature on the scorched planet’s surface 860 °F. That amount of CO2 also affects atmospheric pressure making it 92 times more than Earth's current pressure.

So, more CO2 is swell huh? CO2 is a molecule of covalent linear double bonding and in so, will transmit visible light but very efficiently absorb infrared. Since 1750 (industrial age beginnings), CO2 levels have risen from 280 ppm to current levels of 385 ppm tropospheric concentrations, soon to reach a milestone 400 ppm in the next couple of years from now. That is a 38% increase in atmospheric carbon dioxide.

Methane (CH4), a far more efficient heat trapping gas, is even worse currently showing a 21-25 GWP in a 100-year horizon, where CO2 is at 1 GWP. Global warming potential (GWP) is a relative measure of how much a given greenhouse gas contributes to global warming.

When ya stifle a burp after just gulping down a carbonated brew, ya might feel a throat burn. That pain is due to the CO2 hydrating into your body fluids creating a weak acid. CO2, as an anhydride creates carbonic acid in aqueous solution. As such the case, displacing more CO2 into Earth’s body of waters is creating a more acid environment. A more acid environment (as opposed to a current moderately alkaline one) dissolves carbonates, the stuff coral reefs and other shelled sea life utilize in making their shells and homes. No one really knows what a more acidic ocean will do to its present fauna and flora, but jeopardize the corals, you jeopardize the oceans, jeopardize the oceans you jeopardize all life…for with dead oceans, no higher life can exist as is here on Earth.

Yes we need CO2 to survive, but only in minute amounts. We're dealing with miniscule percentiles here. In trace amounts CO2 actually stimulates the thalamus enacting our body’s breathing, but at 1% saturation levels CO2 causes drowsiness. At 5% concentrations the gas induces hypercapnic acidosis disrupting chemoreceptor regulation of the cardiovascular system by negatively affecting breathing. At 7-10%, dysfunction and unconsciousness occurs. Above 10% thresholds—death is imminent.

Lest we never forget Lake Nyos in the Cameroon, where in August of 1986 an earth tremor dislodged the lake's settled CO2 and after saturating the ambient air above by a little over 10% thresholds, killed all the nearby valley village inhabitants and their livestock. Displacing more percentiles of CO2 into air and waters will only increase the odds for this deadly event to occur again and again.

So, for those who feel a heat trapping, acidic and asphyxiating gas is better for a greater proportion of our atmosphere, you need to go fly kites more often. A bit crass I know, but I’m tiring of inept politicians mixing in political agendas in hopefully vain attempts to dilute sound science. That’s all!